Archive for the tag “Protagonists”

Get To Know Your Characters Challenge – Protagonist

Today, though, seemed like a good day to test-run an idea of mine. Somehow, it seemed fitting to do it on a character interview day, not only because everybody gets excited about character interviews and I hope to have people look at this, but because in a way, I get to do something similar to interviewing all of your characters. 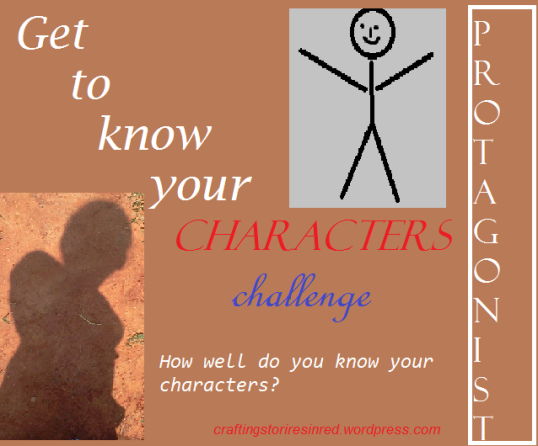 Even though tags and challenges abound in the blogging community, very few focus on what we writers do best: write. Occasionally, people will do character and writing-related tags, but those are few and far between. And so, I thought, what if there was a challenge to help writers develop their writing skills while learning more about their characters?

What if there was a challenge on someone’s blog where people would be challenged to pick a couple of options from a list, and write about their protagonist’s past?

Here’s How it Works

If you’re willing to participate, pick one or more challenges from the list below and post your completed snippet-type stories about your protagonists on your blog this coming Monday (July 28). Steal the picture and leave a link back here, and leave a comment on this post sometime between now and Sunday with the link to your blog. I’ll include a list of all participating blogs with links when I post my challenge snippets on Monday.

Interested? Want to get to know your protagonist better and exercise your writing muscles? Want to absolutely make my day? I’d absolutely love to have you participate. The longer the list of participating blogs posted on Monday, the better.

Note: Those of you who don’t have blogs, but would like to participate anyway, can leave their challenge snippets in the comments on this post or the other.